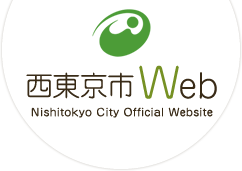 Nishitokyo was the first city in Japan to be formed out of a merger of formerly urban cities in January 2001, and is now celebrating its 10th anniversary.
Striving to create a city "where individuals can shine and support one another," Nishitokyo is actively adopting policies focused on the development of the urban infrastructure, education, welfare, and the environment.
Nishitokyo currently has a population of 195,000, making it the fifth largest city in the Tama region. The city is home to more than 3,300 registered foreign residents (1.7% of the population) from 60 countries live here, and their numbers are growing every year.

Nishitokyo is located virtually at the center of the Musashino Plateau, in the northwestern part of Tokyo.